Did a China Court rule CJS is not related to the Cosmetics Company?

I was translating statements by TVXQ members' fathers, but it's taking a lot of time, so meanwhile, I figured I'll clarify about the article that's spread around the internet titled: "China Court: “TVXQ Has Nothing To Do With The Cosmetics Company Promotion”."

This article is a prime example of misleading articles that use only part of the facts to spread the reporter's agenda.

Let's get to the article and see what it says. (The article is in italics.) If you've already seen this article, just skip to the next part where I explain about it.

SM Entertainment had attributed the main reason for the “TVXQ’s Lawsuit” to be the cosmetics investment business by some of the TVXQ’s members and used this reason as justification to propose a 2.2 billion won in damages from the 3 members.
The declaration that SM Entertainment had submitted to Seoul Central District Court on 14th April claimed that “Some TVXQ members had invested in a cosmetic company which resulted to be the beginning of the conflict. They have used TVXQ’s name and portrait without the company’s consent and that have violated the exclusive contract. However, they denied the effectiveness of the exclusive contract and proposed the disposition for the effectiveness of the termination of the exclusive contract”. During November last year, China Beijing Kowloon Station Century Culture Communication Co. Ltd* (Gao Jian Wen, Representative. Also known as Beijing Kowloon Station Inc.) had used “The fraud of Crebeau which is the collaboration between TVXQ’s 3 members and Korea Cosmetics Company, Wisyaplus had caused their damages” as the reason to apply for legal action for the damages compensation at the District Court. Recently, the cosmetics company, Wisyaplus announced that “Beijing Haidian District People’s Court rejected the Beijing Kowloon Station Inc’s claims” and revealed the China Court’s arbitration decision documents.
According to the open verdict, the court had rejected all the arbitration applications from the applicant (Beijing Kowloon Station Inc.) and the applicant will bear all the costs for the arbitration (38,470 yuan = 5,635 USD). TVXQ’s 3 members has nothing to do with the cosmetics company promotion and this was ultimately confirmed by the China Court. And SM Entertainment have been using the photos of the 3 members attending the investment seminars to suspect if the 3 members had directly or indirectly carry out promotional activities.
On the other hand, the cosmetic company’s representative, President Kang Suk-won had expressed towards the accusation of SM Entertainment attributing the main cause of the TVXQ’s lawsuit with the members’ cosmetics business that “The police investigation has already shown that the reason behind the TVXQ’s lawsuit has nothing to do with the cosmetics. However, SM Entertainment once again entangled with it. Therefore, our company will propose a reputation damage lawsuit again for the third time”.
President Kang Suk-won claimed that “The reasons why TVXQ’s 3 members had filed a lawsuit towards SM Entertainment are because of the unfair contractual relationship and unjust distribution of income distribution. This fact has been ruling in the injunction application and it was confirmed. However, such behaviour seems to have become a kind of inertia for SM Entertainment in order to rescue its company reputation”.
Wisyaplus had already filed the reputation damage and impede business lawsuit towards SM Entertainment twice in August and November last year. Seoul Gangnam Police Department investigation ended in February and make the decision of without detention and transfer investigation towards SM Entertainment representative, Kim Youngmin. At that point of time, the police had already made a judgement that “The lawsuit of ending the long term exclusive contracts requested by TVXQ’s 3 members had nothing to do with the cosmetics investment”.
*(T/N: This is the rough translation of the company name as I can’t find the English name for it)

The first part of the article talks about the SM's claim that the cosmetics company is the cause of TVXQ's trouble. Then without even a break in the paragraph, the article shifts toward the lawsuit between "Wishop Plus" (Wisyaplus in the article, mother company of Crebeau, the company the CJS is involved with) and another Chinese company, Beijing Kowloon Station Inc. The Kowloon Company sued Wishop Plus for fraud related to the promotion activities of TVXQ (the 3 members), but the China Court has rejected the lawsuit. The reporter uses this fact to prove that TVXQ is not related to the cosmetics company's promotion. Then the article shifts to the interview of the president of Wishop Plus to emphasize his company is not related to the lawsuit between the 3 members and SM.

Sounds reasonable, doesn't it? A Chinese company sued Wishop Plus for reasons related to the 3 members' promotional activities, but the court rejected it; therefore, the 3 members must not be related to the Cosmetics company. But the article omits a critical part of the China court's decision. Here's the scanned copy of the decision. The article above references this document too, so you've probably seen it. I don't know Chinese, so I had to rely on my friends to translate it, and I verified with other Chinese friends too. I ask the readers to do the same and verify the content of the document below with someone who knows Chinese. 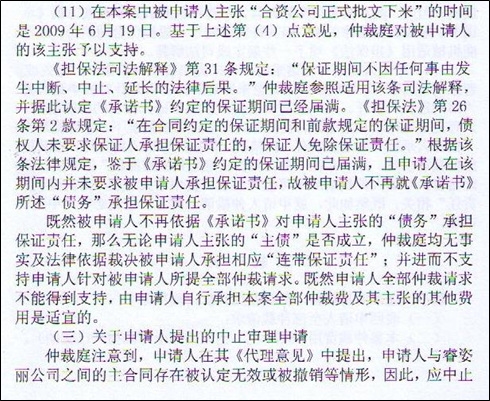 In summary, the court dropped the case because the warranty period specified in the contract between the two companies has expired, and Wishop Plus is relieved of any responsibilities from the contract because the lawsuit was filed after the warranty period is over. The China court didn't rule on TVXQ's relationship with the cosmetics company at all, but it just dropped the case on technicality and the laws related to the contract itself, not because of TVXQ's relationship with the company or lack thereof. The author of the article cleverly mixed this ruling with the SM and CJS's case, and reached a conclusion the way he see fits.

The article also mentions about the lawsuit filed by Wishop Plus against SM for defamation and interfering with the business. I'll talk about the result of that lawsuit on another post. They totally shot themselves in the foot with that one.

The above article was translated from the original article written by a Korean reporter named "Kim Bum Tae". Remember that name because I am going to make a post about him too. Here's the link to the original article from the Korean newspaper.
http://www.ohmynews.com/NWS_Web/view/at_pg.aspx?CNTN_CD=A0001364989

Geez, after I post one article, it leads to 3 more articles that I need to write. This whole situation is full of drama and twists.
Posted by Precious at 11:08 AM


This moment always passes by, it's well known that it won' return

Day after day, do not leave regrets

Swallow even the fury born out of loneliness

Light kiss on the extended hand of the trials

My innocence blossoming in the garden of hardship

Nothing's been decided but a new day will continue every day